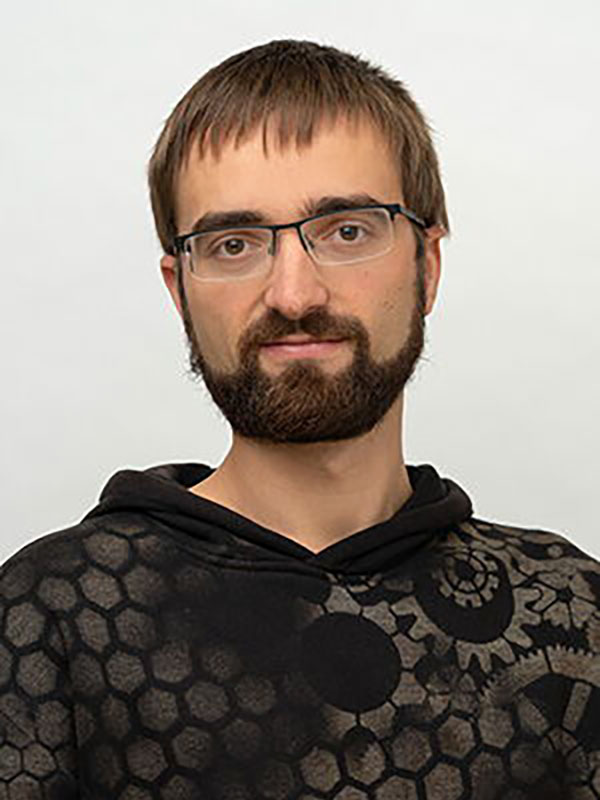 Martin is originally from Jena and knows the city like the back of his hand. He did his bachelor in Chemistry and master in Chemical Biology at the Friedrich-Schiller-University, Jena. After an internship at the Simon Fraser University in Canada he joined Pierre’s group as first employer (HiWi) and set up the lab with Pierre in 2014. Once the first projects were running, Martin started his master thesis to investigate the role of secondary metabolites in Dictyostelium discoideum–bacteria interactions. As PhD student he continued his work on amoeba–bacteria interactions, focusing on bacterial natural products that prevent amoebal predation. Martin is interested in the biosynthetic assembly of natural products, and worked specifically on small non-ribosomal peptides and butenolides which he discovered from soil bacteria of the genus Pseudomonas.

Since 2020 Martin works as postdoc in Pierre’s lab. During the lockdown(s) he trained himself in bioinformatics and coordinated and conducted research for the paleobiotech project. His main theme is to include time as a new dimension for natural product discovery by resurrecting authentic ancient biosynthetic genes in heterologous expression systems.

Besides work, Martin raises two kids, plays the piano, and is a professional fire artist.